Everything You Need to Know About Rayong

Rayong is a province on the east coast of the Gulf of Thailand with 100-kilometer-long coast. The city is a center of Seafood and various kinds of fruits. With its richness of food and beautiful places, Rayong is one of must-see cities responding to various styles of visitors. For those who like Historical tourism, they are recommended to pay homage to the Shrine of King Taksin the Great, see the 30-year Crudia chrysantha tree, visit a 10-meter-high pagoda on an Island in Wat Samut Khongkha or Wat Pak Nam.

Rayong is a suitable city of visitors who love Beaches, seas, wind, sunlight and islands. Koh Samet is the island for beach lovers. Hat Sai Kaew is a beach for having fun and parties, while Hat Praow gives you a peaceful beach. Visitors can also enjoy chilling view in on the beach in the mainland by going to Mae Pim cape for stunning view. They can also go swimming with the clear water and gentle waves.

Apart from tourist attractions, Rayong owns joyful festivals and traditional activities especially Rayong Fruit Festival occurring annually during May when fruit reaches its peak season. There are a lot of activities such as fruit parade, fruit competition, Miss Fruit Gardener Contest, and also selling fruits in a cheaper price.

Once visiting Rayong, you cannot miss eating fresh Seafood which is available along the beaches and in the restaurants. Shrimp Paste, dried salted shrimp, dried squid and salted fish from Ban Phe market are popular products which are well-packed for convenient transport.

Located approximately 220 kilometers from Bangkok, Rayong is another delightful seaside province on Thailand’s eastern Gulf coast. Most of Rayong Province is marked by mountains interspersed by flat plains and large tracts of fruit plantations and forests. However, the province is most well known for its pristine beaches stretching along its 100-kilometer coastline and its scenic waterfalls set amidst exotic surroundings. Aside from these natural attractions, Rayong produces an abundance of seafood products, such as shrimp paste, fish sauce, and dried seafood, and grows a number of tropical fruits of which rambutan, mangosteen and durian are the most famous.

Historically, in the late Ayutthaya period following the razing of the capital city by the invading Burmese, General Tak (Phaya Tak) led a troop of patriots who broke through the cordon of besieging troops and marched to Rayong in order to build up his navy before proceeding onto Chanthaburi. Because of his courage and bravery, the soldiers and local population anointed him as "King" in Rayong. Once he had built up sufficient troop strength, King Taksin returned to Ayutthaya, routed the Burmese and set up a new capital in Thonburi, across the River from modern-day Bangkok.

Boasting indispensable sea-life resources, Rayong is one of the country’s major agricultural and industrial provinces. On the other hand, the province has maintained its traditions and customs in the daily lifestyles of the locals. Most renowned for its quiet and unspoiled beaches, including Mu Koh Samet National Park, Rayong is a popular beach getaway destination for Bangkok residents and a renowned producer of seafood related goods. 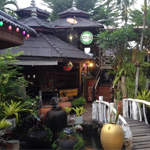 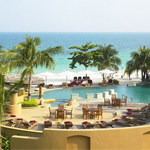